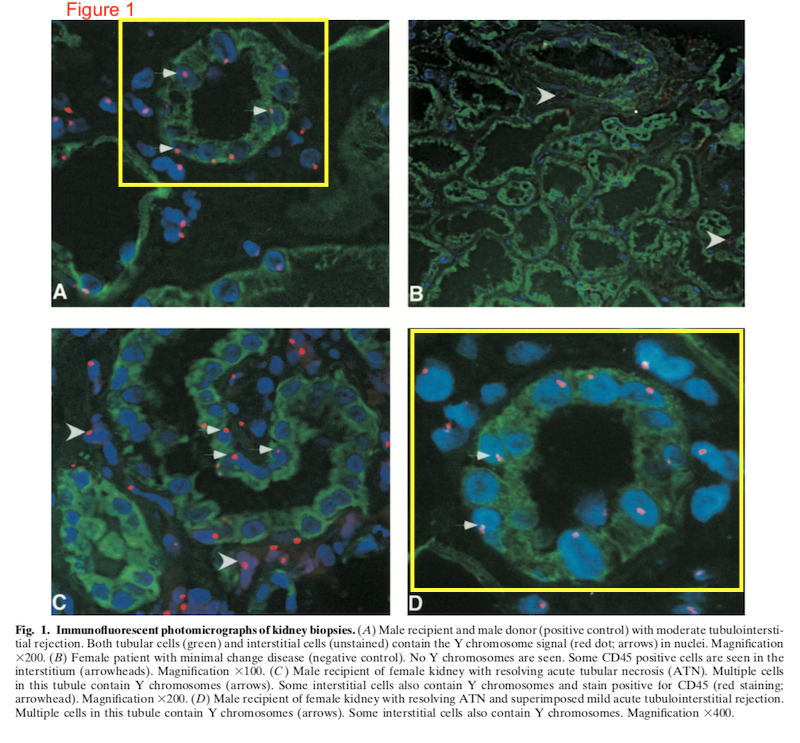 In the past week, I looked at papers from the group of Catherine Verfaillie, who previously worked at the University of Minnesota (USA) and later became the director of the Stem Cell Institute at the Catholic University of Leuven (KU Leuven; Belgium). The outcome of this renewed look at a “cold case” was first described by Leonid Schneider in a December 4 post on his For Better Science blog.

In short, Verfaillie’s lab at the University of Minnesota became famous after a 2002 Nature paper by Jiang et al. in which she described MAPCs, a pluripotent bone-marrow derived cell that she could grow into pretty much any differentiated cell type.

Four years later, New Scientist reporters Eugenie Samuel Reich and Peter Aldhous found that some panels from the Nature paper had been duplicated to represent different cell types in a 2002 Experimental Hematology paper, also by Jiang et al. They also found duplications in other sets of papers from her group, including two papers by Reyes et al. in Blood (2001) and the Journal of Clinical Investigation (2002). The University of Minnesota investigated these papers, and – as per this news article in Nature – concluded that science misconduct had been committed by graduate student Morayma Reyes, and that Catherine Verfaillie could be “blamed for insufficient oversight”. The Blood (2001) paper got retracted, and five other papers, including the famous Nature (2002) paper got away with a correction.

Press about concerns Verfaillie’s papers from around 2000-2002:

When I took a closer look earlier this week, I found 10 additional papers from Verfaillie’s group with possible duplicated images. In addition, I found previously unreported problems in the Nature 2002 paper. Some of the problematic papers stemmed from 1997, while others were as recent as 2014. I posted all of these papers (18 as of today) on Pubpeer.

In the Jiang et al. Nature stem-cell research paper that made headlines in 2002, and that got away with a relatively mild Correction in 2008 that did not mention the duplicated panels from the Experimental Hematology paper, I found two additional problems.

In addition, Figure 6m from the same Nature paper appears to show repeating features at the top right of the photo. Here is that photo, marked by me with colored ellipses at the top:

In another paper from 2002, Gupta et al. Kidney International (2002), Figure 1 panels A and D appear to show the same photo, albeit rotated 180 degrees. Of note, panel A shows a male patient who received a male kidney, while panel D is supposed to show the kidney of a male patient who received a kidney from a woman. The red dots are Y chromosomes, and panel B is supposed to show us that the male cells from the recipient grow into the female kidney.

New attention for the old case

The PubPeer posts quickly gained attention by news sites in Belgium and other sites, so here is a round-up of the articles as of today. Most of these are in Belgian-Dutch, but you can copy/paste the URL into Google Translate to read it in your language of choice. I will update this list in the following days.

Support me on Patreon

Donations are always appreciated – I do most of this work for free. You can support me on Patreon – but feel free to enjoy this blog without donating.